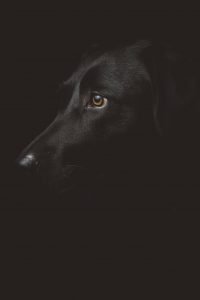 The sparks that lit the fires: What were the circumstances that pushed the early practitioners toward natural healing in general and iridology in particular? What did they have in common and how were they different?

What generally pushed all the early practitioners into natural health in general was their own ill health or that of a close family member – it’s certainly what has pushed me into natural health! Because traditional care was either writing them off as lost causes or it wasn’t helping to improve their health (as in my own health and that of my dogs), they sought out natural alternatives to see if they could become well once again. Some were already practicing medical doctors where others later became medical doctors in order to be able to practice their natural modalities with more credibility and authority due to the laws against natural health.

Hungarian physician Dr. Ignatz von Peczely, who is considered the true discoverer of iridology, after being imprisoned during the Hungarian Revolt of 1846, learned that his mother became very ill. He was able to help heal her through the use of homeopathics. That led to others seeking his help for their own physical ailments. In order to better help them, he recalled that as a child, according to iridology literature (which may or may not be a myth) how he had broken an owl’s leg in order to free himself from its claws. He saw a black streak appear in the owl’s iris after breaking its leg. He nursed the owl back to health after which the black streak was still there but now surrounded by white lines. That incident is supposedly what sent him into the study of the eye and how to diagnose ailments according to what he found within the iris of the eye. Because of the authorities “leaning” on him about practicing medicine, with one physician accusing him of being a “quack”*, he then decided to go to school and become a medical doctor. He continued to research and further develop the art of “iris diagnosis” as it was then called.

Other practitioners such as Emmanuel Felke and Joseph Angerer were pastors who had a desire to help people BE well. Felke originally was studying medicine along with theology but after being a minister for a while he decided to pursue helping the sick to become well. He then went on to study naturopathy and iridology. Angerer on the other hand remained a minister but studied a wide variety of subjects becoming proficient and a leader along with Felke in the natural therapies and iridology. He was reminiscent to me of Father Knappe, the father of water/nature cure – one of the early pioneers of what is now known as naturopathy. Like Peczely he was a political prisoner for a short time. He was severely persecuted by the Nazi medical association prior to his imprisonment and forced to serve in the German army medical corps during World War II where he was captured and imprisoned by the Russians. He was later able to have his own natural health establishment reinstated and continued on with his work, becoming one of the great iridologists of his time as was Felke.

Another Pastor, Nils Liljequist was a normal healthy child who after being vaccinated at the age of fourteen, later developed malaria and its associated symptoms. Amazingly as he dedicated himself to the study of iridology, he noticed the color of his eyes was changing which he believed was a result of all his treatment medications. When he later broke his ribs he thought he noticed iris color change once again. He healed himself, after years of suffering, with homeopathy and natural therapies. When he became a pastor he furthered his study of the eyes then used this knowledge to help his parishioners with natural remedies to help heal them.

He was imprisoned by the Russians during World War II as was Josef Deck. His entire career after completing his studies in naturopathy, were devoted to iris diagnosis (later became known as iridology and used as a tool of analysis rather than diagnosis as the medical and government interference began prohibiting anyone in natural health from “diagnosing“). After his release he conducted extensive research into iris diagnosis.

Dr. Henry Lindlahr, considered the father of naturopathy in the United States and Dr. Bernard Jensen, considered the father of iridology in this country, both served to open doors for the naturopathic approach to health here. Dr. Lindlahr published six volumes on iridology that included other natural diagnostic methods, which served to place the practice of naturopathy within the scientific realm. Dr. Jensen however, was the true pioneer in iridology in the USA. All of these men either had family members who had suffered severe illnesses or they themselves suffered them. And typically conventional medicine was not getting them well which began their lifelong endeavor into natural healing and health.

Iridology was used as a diagnostic method to help guide them into the correct methods, remedies and natural healing modalities to use in order to help their patients get and remain well. Their differences were primarily walks of life – they came from all different backgrounds but were led to pursue similar paths in the healing of others. They all had a passion for helping people be well using what God has provided us in nature. They studied the window to the soul, the eyes, saw the connection to the “whole person” and no matter the obstacles thrown their way, pursued and developed the analysis tool of iridology.

Others have taken up this same approach and mantra for using iridology as an analytical tool to help animals with their own health challenges. One such person is Dr. Mercedes Colburn, of Through the Eye International, who has mapped out the equine, canine and feline irises. She has two books available on Canine/Feline Iridology and Equine Iridology. An iridologist working with your holistic veterinarian can help pinpoint the health imbalances in your animals in a non-invasive way. This will leave your animals far less stressed and afford your veterinarian the ability to prescribe your natural remedies more accurately or your veterinary/animal naturopath to guide you more effectively in making your own decisions for the health of your animals.

Iridology is a great analytical tool for both animal and human health. While the study of it is long and intense, reading and learning about it can help you not only be empowered to make better informed decisions for your animals, but it can also help your natural animal and human health practitioners make better and more accurate health assessments.

The following can help you understand what to expect should you seek out an iridologist for your own health or that of your animals.

• Iridology is the study of the iris, the colored portion of the eye. It is used primarily as an analysis tool for health practitioners, but it can be learned and utilized by anyone. It is known that the iris reflects the specific organs and systems within the entire body. By looking at the iris we can learn to recognize or “read” and understand the meaning of the patterns that are located on the iris of the eye.

• Iridologists do not diagnose any diseases using iridology. Rather, they analyze the different areas in the body that are potentially weak or strong. They also do not prescribe medicines or natural remedies. Rather we may make suggestions for a nutrient, vitamin, herb or food that can be helpful or has been helpful to others with similar weaknesses.

• An iridologist must also ask permission from you client before looking into your eyes because they contain very personal information about you. Your eyes will give them the questions to ask you. Remember, iridology is merely a tool used to assess the different weaknesses or strengths within your body, but it does not give specific solutions or diagnoses. Iridology is most often used by natural health practitioners that include chiropractors, massage therapists, naturopaths, homeopaths, nutritionists, acupuncturists, and colon hydrotherapists.

• You should come away from your consultation with an understanding of what possible physical factors have contributed to your health complaints, what past suppressions may have set up your current condition, what lifestyle and emotional factors may have been contributors, what areas of your body may need support to regain vitality or balance, and what you can do to prevent illness. An iridologist will not use iridology to diagnose any specific disease or illness. They will also not use it to prescribe or treat any specific disease or illness.

• Specifically regarding your iris, tight or “close” fibers typically represent a body that has a strong resistance to disease. A loose weave in the fibers represents a genetic inheritance towards less resistance, deficiencies, and less or slower ability to recover from particular illnesses. The equation that will help you to remember this is Density=Resilience or the body’s ability to resist disease.

• Iridology recognizes only two true eye colors: brown and blue. Any mixture thereof is called a mixed iris. Your eyes will be examined up close with a magnifying lens, an iris camera, or a slit lamp to determine what your true iris color is. Color will tell an iridologist a great deal about your overall constitution. For example someone with a true blue iris indicates a genetic potential for lymphatic congestion while a person with a true brown iris may indicate a potential for blood anomalies such as anemia.

Bibliography
1. Tart-Jensen, Ph.D.,D.Sc. 2007. Through the Eyes of the Masters: a history of iridology. Natural Reader Press, LLC. Birmingham, AL. http://www.naturalreaderpress.com

“The medical profession’s favorite word, “quack,” wantonly used to demean the perspectives and practitioners of (most) other health care modalities, is derived from the term quacksalver. Quacksalver is the archaic name for quicksilver (aka mercury), which is the highly toxic allopathic medicine used historically by university trained doctors (M.D.s) to treat syphilis and other infections. (And I will add what dentists use to treat cavities).

Therefore to be etymologically precise, today’s practicing allopathic physician (the M.D. AND the D.V.M.) is, by his and her professional heritage, the original and authentic quack, but the proponents of other modalities do not feel required to refer to them as such.” ~James Green, herbalist and author of The Herbal Medicine-Maker’s Handbook and also the best-selling The Male Herbal. Director of the CA School of Herbal Studies.

Copyright © August 2019. All rights reserved, Dr. Kim Bloomer, AspenbloomPetCare. No part of this article may be reproduced in any form without the written consent of the Author. This article is for educational purposes only. The decision to use, or not to use, any information is the sole responsibility of the reader.

[author] [author_image timthumb=’on’]https://aspenbloompetcare.com/wp-content/uploads/2015/03/schatzie_me_king_2014_2.jpg[/author_image] [author_info]Kim Bloomer, V.N.D., N.D. is an animal naturopath as well as being certified in small animal nutrition, with years of experience in animal wellness. Dr. Kim is a published author, writer, blogger, host of the DOGgone Truth podcast. Copyright 2019 Aspenbloom Pet Care, Dr. Kim Bloomer, All rights reserved. No part of this article may be reproduced in any form without the written consent of the Author/Publisher. This article is intended to be educational. However, it is not intended to be a substitute for diagnosis or treatment from a qualified animal health professional. Dr. Kim Bloomer and Aspenbloom Pet Care, do not assume any legal responsibility for misuse of any possible products discussed in this article. [/author_info] [/author]