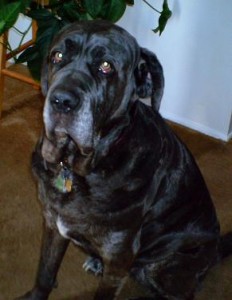 Continuing on with our journey of animal care, laws, welfare and rights…

We forgo health that causes suffering to stop suffering. To force baby animals to be neutered far too young rather than waiting until maturation, causes their suffering. Without their gonads at such a tender age, they are missing critical growth hormones. They end up suffering with joint, structural and behavioral problems, confusing their owners, which is often the cause of their being surrendered to shelters or just abandoned anyway; the very event that these new laws will supposedly prevent.

Some folks who work in shelters have told me they’d rather see the animals suffer with their health than to suffer by being killed in a shelter. But shelter numbers will increase rather than decrease due in part to the above stated health issues. Plus, creating poor health in an animal rather than killing them is just promoting another form of animal suffering and abuse. This is not protecting them. As I stated in Part 1, we will suffer the consequences of our actions.

I just wonder who stands to gain by upping shelter numbers by promoting this nonsense. Many shelters are currently understaffed, under trained, overworked, and underfunded forcing many of the poorer ones to close their doors. But, I’ve heard, big multi-million dollar shelters are being built around the country just before mandatory spay-neuter laws go into effect.

– If laws now demand that everyone spay or neuter their pets, then why don’t we need smaller shelters, and less of them, allowing for better budgets since we should be looking at LESS intake of animals?
– Who benefits by outlawing good, reputable breeders?
– Who benefits by telling everyone that if you adopt animals from shelters but don’t buy from breeders that you are a good citizen?
– Who stands to benefit?
– Who stands to gain by promoting this type of thinking?
– What if the only pets you will ever be able to have eventually come from these multi-million dollar facilities or from government-approved puppymill type facilities?
– Aren’t these new laws designed to stop puppymills and backyard breeding? Seldom do you find purebreds because breed rescues work with shelters to rescue their breeds from shelters, and foster and rehab these animals before placing them in good homes, and they are almost always already neutered.
– Aren’t up to 80% or more of all domesticated dogs and cats in pet homes already neutered?
– Aren’t shelter numbers composed primarily of feral cats and dogs not owned by anyone anyway?
– Then, why mandate these sorts of laws, punishing breeders who aren’t contributing to the statistics within shelters?
– Aren’t there many Trap/Neuter/Release (TNR) programs in place to reduce feral populations?
– Aren’t No Kill Shelters thriving and saving animal lives without these draconian laws that will not protect animal suffering in the long-term?

As a sidenote before I move on note these facts:
ALL dogs are mixed breeds. Yes. ALL purebreds came by mixing other breeds together until a breed bred true meaning until each time puppies were born they all looked the same, over and over again. That’s the simplest way for me to explain that. And mixed-breed dogs are now a conglomerate of purebred dogs. So the argument on mixed breeds vs. purebreds is a rather moot point in my opinion.

Something you may not be aware of is that the very puppymills these laws supposedly will stop are not governed within the parameters of all these new laws. They pay high government fees that allow them to be government-approved turning these animals into merchandise – quite different from the way, good, honest, reputable breeders feel about their animals or operate. Before you decide I’m a breeder working to promote my own agenda, think again because I am not a breeder, plain and simple. I never have been and I never intend to be because that is not my calling in life. As for those so-called em>backyard breeders, they never have been in compliance of laws and never will be. So we’re back to square one, aren’t we? More laws won’t force people into compliance. Creating citizen police units knocking on doors to inspect your animals, checking to see if you are in compliance of anti-liberty laws, is not something that should ever be allowed in a country that professes to be land of the free. Never. Ever. It is indicative of exactly what transpired in the dark days of Nazi Germany.

It is fear-based. It is dictatorial.

Nothing is to be feared in life – only understood. –Marie Curie

– If we believe this is all for the protection of animals, all for ending their suffering, pain, exploitation, and enslavement, and giving them their rights shouldn’t we be asking them what they want?
– IF animals are on equal ground with us, shouldn’t someone be asking the animal communities and each species what’s on their minds?
– And who of us have the right to determine, truly what is right for the animals?
– Each of us has our own convictions and thoughts on what is or isn’t right. What is right?
– Who determines that?
– Isn’t this just our own convictions and agendas we’re really pushing?
– Aren’t we all exploiting the animals then?
– Isn’t this all just a setting for a thriving black market of animal flesh? Think Prohibition. That never stopped the sale of alcohol, it fueled it. Creating a coup for the criminal element.
– Why don’t legislators listen to all the facts before making their decisions? What is in it for them?

We want the government to solve more and more of our problems including any and all animal problems. Ban dog breeds because people get mauled and bitten – even though more people die from car accidents in one day than dog maulings in years. Neither way is a good way to go and I don’t wish either way on anyone, of course, but the point is, banning breeds is not a solution, it is a bandaid on a gaping social wound. It is once again punishing an animal for human lack of responsibility and human callous disregard for all life including human life.

Mandate neutering so that animals won’t be born unwanted, even though those same laws will fuel a huge black market. Once again we punish the animals because of human irresponsibility and human lack of knowledge about animals.

Have we all considered all the options or just those that promote our own agendas and convictions?

What about the animals lost in the haze of our perceived truths?

Here is a statement from the GodThoughts Wired newsletter by Pastor Brad Reiches that can shed some light on truth and freedom:

To reject the truth is to reject the one thing that can make you free. The only way to be “unified” with someone who rejects the truth is to compromise the truth yourself. However, when you compromise the truth for the sake of “unity,” you are withholding the one thing that can bring freedom to the individual(s) with whom you are seeking “unity.” WHAT A HORRIBLE TRADEOFF! “I want to be your friend and I want you to like me so I won’t talk about truth, thus leaving you in bondage, but at least we’re “unified.”* Uhhh, that’s certainly not love, and that’s precisely what Jesus DID NOT do. Jesus never preached unity, He preached truth, and those who received His truth were naturally unified…To withhold the truth is to withhold the means to the freedom that people so desperately need.

This is good, and pleases God our Savior, who wants all men to be saved and to come to a knowledge of the truth. – 1 Timothy 2:3-4, NIV

They will turn their ears away from the truth and turn aside to myths. – 2 Timothy 4:4, NIV

About the author:
©Copyright 2008, All Rights Reserved and may not be reprinted without express written permission. This article is for educational purposes only. The decision to use, or not to use, any information is the sole responsibility of the reader.

DISCLAIMER: All information contained here on Aspenbloom Pet Care is intended for educational purposes only. It is not provided in order to diagnose, prevent or treat any disease, illness or injured condition of the body or pets and the author, publisher, and contributors accept no responsibility for such use. Anyone or their pets suffering from any disease, illness or injury should consult with their physician or veterinarian. The statements herein have not been evaluated by the Food and Drug Administration.