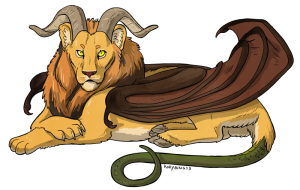 The following article, Pet Owners Turning to Acupuncture for Their Furry Friends, shines a spotlight on how pet owners are seeking alternative care for their pets. In the USA only veterinarians are allowed to perform acupuncture as it is considered a form of “invasive surgery“- even though it isn’t surgery but rather a method to open the body’s energy meridians much as acupressure does sans needles. Many veterinarians who tout themselves as integrative or holistic veterinarians are merely adding in natural modalities while primarily practicing conventional medicine.

Basically it is merely conventional care with a little bit of so-called “holistic” care thrown in being touted as integrative medicine. Although some veterinarians adhering to “integrative” will lean more towards natural healing methods rather than conventional. However, as long as they are vaccinating, feeding or selling kibble, prescribing pesticides masquerading as prevention care, and performing surgery it is nothing more than conventional medicine with some natural modalities thrown in to cover all bases since pet owners are demanding more natural methods of pet care. However, nothing about this kind of care is truly holistic.

I will define holistic (along with a few other “buzz” words used to convey “natural” health care) since this word has been so abused and misused to the point of being rendered utterly useless in describing REAL health care for us and our animals.

Here’s the definition of “holistic” according to Dictionary.com:

[hoh-lis-tik]
–adjective
1. incorporating the concept of holism in theory or practice: holistic psychology.

2. identifying with principles of holism in a system of therapeutics, especially one considered outside the mainstream of scientific medicine, as naturopathy or chiropractic, and usually involving nutritional measures. (bolding mine)

Here’s the definition of “naturopathy“:
[ney-chuh-rop-uh-thee, nach-uh-]
–noun
a system or method of addressing disease that employs no surgery or synthetic drugs but uses special diets, herbs, water, massage, etc., to assist the natural healing processes. Also called: nature cure a method of treating disorders, involving the use of herbs and other naturally grown foods, sunlight, fresh air, etc. (bolding mine)

Here’s the definition of the word “alternative“:
[awl-tur-nuh-tiv, al-]
–noun
1. a choice limited to one of two or more possibilities, as of things, propositions, or courses of action, the selection of which precludes any other possibility: You have the alternative of riding or walking.

2. one of the things, propositions, or courses of action that can be chosen: The alternative to riding is walking.

3. a possible or remaining course or choice: There was no alternative but to walk.

So if I were to paint a TRUE picture of holistic and alternative natural pet care based upon TRUE natural health care it might go something like this: NATUROPATHY. Yes. That simple, naturopathy.

Because integrative medicine does conventional care with primary natural modalities thrown in, it can’t be considered holistic medicine or alternative health care.

The creation of most of the health problems in our pets stem from two things:
1. Vaccines
2. Feeding processed food

And let’s top that off with some pesticides and call it “prevention“. Conventional medical care then says to come back YEARLY for those toxic injections even though the safety and efficacy of doing so has never been proven. As I’ve stated in previous blog posts, there is a vast difference between immunology and vaccinology – something veterinarians aren’t taught in school in fact.

This same veterinary industry is now on a campaign to warn you off of feeding your pets, in particular dogs and cats, the diet they were designed as carnivores to eat: raw meat, organs and bones. This industry does not differentiate between cooked or raw bones at all. The BONE of contention here has for decades been that ingested bones can’t be easily discerned on x-rays (maybe now they can be but that still hasn’t changed their viewpoint on raw feeding and bones for carnivore pets) making this more of a liability issue rather than a health issue.

Which brings me back to the why of it all? Maybe the individual doctors don’t know the “why” but the industry itself does. More illness equals more income. Once your pet has been set up for disease via vaccines and processed junk food, then who will you take them to for “health” care when they get “sick“? Oh it’s not a matter of IF they will get sick but WHEN with this “health care plan“! And when they are really sick (which they will be eventually) you can either pay for specialty care OR you can get them to do some form of “alternative” care such as acupuncture!

There is a HUGE gap here in understanding what “health” is versus what “disease” is – but that will be a subject for a future blog post :-). Let me give you a little clue in advance: naturopathy = promote/build health; conventional = disease treatment (with the exception of emergency/acute care, then it equals life-saving).

Everyone should be entitled to choose – although if you are a natural health care practitioner the choices are often squashed or taken away because the agenda is not health. It is S + T = $. Sickness plus treatment equals money.

As for me and my house we will promote and build health in our animals following the naturopathic principles laid down through God’s laws of health mandated in nature. If I need something such as acupuncture, I’ll seek it out from a true holistic veterinarian who doesn’t mix in all the allopathic stuff. And if I have a true emergency, then I will seek out conventional care to patch up the situation. However, to aid the body’s innate healing process after the emergency is over and my pet has survived, I’ll use a naturopathic approach.

Just as a side note of my own to me integrative is like GMOs – integrating things that ought not be mixed. It’s a chimera in other words just as are GMOs (genetically modified organisms). Some of you might find that a very odd statement, but ponder it if you will:
/kīˈmirə,kəˈmirə/Submit
noun
1.
(in Greek mythology) a fire-breathing female monster with a lion’s head, a goat’s body, and a serpent’s tail.