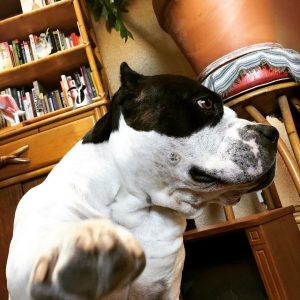 STOP! In the name of LOVE humans! Learn the Truth, WOOF!

For the longest time people have placed their trust in the whole medical machine (yes I said machine as in Matrix) thinking they were working towards the “protection and safety” (nice propaganda words) of our pets so they could have long and healthy lives. The truth is quite distant from what people have believed. Sadly, from years of propaganda supporting the lie, people have come to believe that this grand experimentation IS healthcare.

We (as in animal naturopaths and other natural animal health practitioners – natural health practitioners in general) have LONG touted that what is really going on here is a grand experiment using our pets first before it was pushed upon and mandated for humans. Many won’t believe it and in fact refuse to believe it even in the face of all the supporting facts…more importantly the supporting TRUTH. There is a reason and while this quote is very intense because of who wrote it, well consider that this is exactly what is going on now – remember during WWII the German people could not believe what was right in front of them either – until it was too late:

“If you tell a lie big enough and keep repeating it, people will eventually come to believe it. The lie can be maintained only for such time as the State can shield the people from the political, economic and/or military consequences of the lie. It thus becomes vitally important for the State to use all of its powers to repress dissent, for the truth is the mortal enemy of the lie, and thus by extension, the truth is the greatest enemy of the State.” ~Joseph Goebbels, Propaganda Minister for Adolf Hitler

What am I going on about? Well first vaccines and always, always, always the food issue (for pets AND people) – after all the entire human race mess we currently find ourselves in started with food and it has only escalated since. I know, I know many of you don’t believe in what you “think” is myth. That too is part of the bigger problem. At any rate I’ll share on that more in another blog post…wait in MANY upcoming posts since that IS my focus these days. 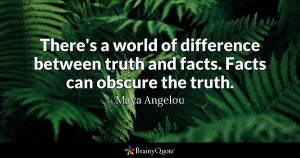 Okay this may all be too esoteric for you but it’s just my way I suppose. Let’s start with the recent GIANT survey that revealed that “shocking amounts of illness in dogs” happens three months post vaccination. Say what? It happens repeatedly, epigenetically in fact. Here an article elaborating on this study: Giant Survey Reveals Shocking Amount of Dog Illness Following Vaccination”. Guess what? I wasn’t surprised and neither were any of my colleagues! This is something we’ve been saying like forever with face palms, but I guess people think ONLY science can tell them anything throwing the proverbial anecdotal baby out with the bath water. What they don’t seem to realize is most of the “science” these days (not all because there is some valid, good studies happening) is funded by those who have a slanted agenda.

Vaccines and pet food are two of those with slanted agendas. I might add they’ve done a GREAT job at convincing the masses. I like this quote by Mark Twain, “It’s easier to fool people than to convince them that they have been fooled.” Can I get an AMEN?!

So what about the food? Well it’s was always about making things profitable and convenient for PEOPLE – it was NEVER about the animals. Ever. So rather than having to pay to have that refuse removed, they found a way to PROFIT it from it instead. All they had to do was convince the public and as you can see that hasn’t been too hard. Just repeat it often enough as Josef Goebbels said. THEN keep the lie intact by paying trolls to go out and refute any of the truth with such viciousness that people would be afraid to dispute it. Except they forgot the one rule of Truth – it ALWAYS wills out eventually! It was German philosopher, Arthur Schopenhauer who so succinctly stated, “All truth passes through three stages. First, it is ridiculed. Second, it is violently opposed. Third, it is accepted as being self-evident.”

That day is coming…and soon.

I’m reading a book right now titled, “Pottenger’s Prophecy“ by Gray Graham, NTP, Deborah Kesten, MPH, and Larry Scherwitz, PhD. Even in the opening credits it is packed with great information and truth! Not just facts, but TRUTH. In this book they focus on the studies Pottenger did with cats on raw meat and milk, versus feeding cats cooked meat and raw milk. Just that one distinction – COOKED meat – made ALL the difference for the health (both physically and mentally) for these animals over GENERATIONS. Dogs and cats are…wait for it…CARNIVORES! Not CARBivores. Not CORNivores. CARNIVORES! They thrive upon a raw meat, bone and organ diet. NOT an omnivore diet. CARNIVORE diet!

Now add into that mix vaccines and pesticides masquerading as healthcare (EXPERIMENTATION is ALL it is) and no wonder we see the terrible health issues in pets today. Yet these were all done NOT for our pets but for human profit, convenience and worse…eugenics. You don’t have to believe me but you do owe it to yourself to dig past the mainstream propaganda to actually learn.

Or you can simply keep believing the lie until it affects you and your own pets directly in such a way that you can’t ignore it as it will be too sad, too heartbreaking and too late for you do anything else but that.

Your choice. It always is.

Here is my accompanying podcast to go with this post:

Kim Bloomer, V.N.D., N.D. is an animal naturopath as well as being certified in small animal nutrition, with years of experience in animal wellness. Dr. Kim is a published author, writer, blogger, host of the DOGgone Truth podcast. Check out her new wellness program for dogs, DOGgone Wellness. Copyright 2018 Aspenbloom Pet Care, Dr. Kim Bloomer, All rights reserved. No part of this article may be reproduced in any form without the written consent of the Author/Publisher. This article is intended to be educational. However, it is not intended to be a substitute for diagnosis or treatment from a qualified animal health professional. Dr. Kim Bloomer and Aspenbloom Pet Care, do not assume any legal responsibility for misuse of the products discussed in this article.

Join me, animal naturopath Dr. Kim Bloomer, & my husband Donnie on our podcast The DOGgone Truth, where we don’t whitewash, we just speak the truth, the whole truth and nothing but the truth so help us God! It’s natural, it’s raw…it’s the BONE-afide TRUTH! [podcast_subscribe id="25052"]