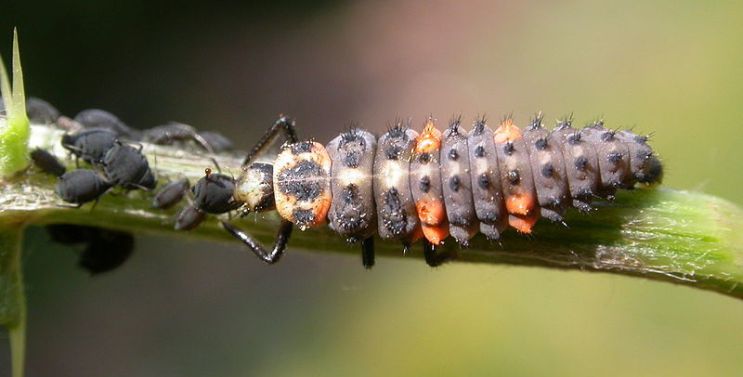 The leaves are budding, birds are singing, flowers blooming,it’s springtime in the Northern hemisphere! It’s a happy time of renewal and new growth. At least until we start to think of the bugs that also start to “flourish” which can also plague our animals both externally and internally.

Part of the problem is that we have been conditioned to believe we must fear these pests and to annihilate them at all costs. As I share a little bit on the wrong thinking about that, I am very aware of the commentary on this subject that could potentially ensue such as:

“I live in a very endemic area for heartworms, we have to use the drugs or our pets could get infected and die,” or “My pets are raw fed but they still get covered in ticks every time we go for a walk and I can’t chance them getting Lyme disease“, and on and on and on the arguments go. I am not saying they are not valid, because these folks live with the evidence of this.

However, thinking naturopathically, we are looking at it all in an unnatural light. How can that be you ask? Because the bugs have a purpose and are here for a reason also. It’s about synergy and symbiosis in nature in addition to perpetuation of species.

First remember that the insect world have “babies” also – the larvae are their babies. Their life spans aren’t as long as mammals or other species so they get busy propagating their species fast and abundantly because bugs are also food for other bugs and species! So in order for their species to survive they have to be prolific in reproduction. And for that to happen they have to find a suitable host whether it is in your lawn, garden, or animals. Some parasites will “use up” the host such as fly predators that eat up the larvae of flies. Fly larvae (aka maggots) eat rotting flesh, waste debris, etc. There is all a check and balance in nature – until the human factor enters in and wants to try and do away with all of it thereby upsetting the natural balance of things.

There are also parasites that prefer a host that won’t be consumed but weak enough for their species to thrive. A weakened pet is going to be a nice host for a variety of internal and external pests. We all have parasites even if we don’t want to think about it and some of our illness symptoms can be attributed to parasites. The same holds true for our pets. However, that said, there is a way to look at it all and then approach this all in a different light without the common toxic products.

The idea of this editorial is to get you thinking outside of the current paradigm. Let me share an excerpt from an article that sheds some natural light on this pesky subject:

“Pathogens and micro-organisms are part of life. They are the original life forms and they fulfill a very complex function. All forms of cellular life on earth share genetic links. Humans are genetically linked to so-called pathogens, or micro-organisms. We actually consist of bacteria, fungi, viruses, parasites and other micro-organisms and they form part of our system. Plants and animals are also made up of these. Béchamp discovered that if he stopped fighting micro-organisms and instead improved what he called the ‘milieu’, the environment of the cells, the so-called ‘pathogens’ did not disappear but actually aided in repairing the cells. By not focusing on the disease but on healing instead, Béchamp witnessed the pathogens doing the same. When he concentrated on the disease, however, and literally tried to combat it, the pathogens proved themselves to be the worst enemy. He showed that micro-organisms are the bridge between life and death, and the stage in between — disease.“~Mike Donkers, Understanding the True Meaning of Disease

When we attempt to combat nature rather than work with her, she will always win…always. And she is winning because we “fight” or “battle” her rather than work in harmony with her. That includes prevailing against fleas, ticks, heartworms and a multitude of other creepy crawlers. They are not the enemy, we are. We battle nature constantly and what doesn’t die with our onslaught emerges stronger, more resilient and yes resistant.

Take a lesson from nature and dance with her but never fight her!

Kim Bloomer, V.N.D., N.D. is an animal naturopath as well as being certified in small animal nutrition, with years of experience in animal wellness. Dr. Kim is a published author, writer, blogger, host of the Animal Talk Naturally podcast. Copyright 2018 Aspenbloom Pet Care, Dr. Kim Bloomer, All rights reserved. No part of this article may be reproduced in any form without the written consent of the Author/Publisher. This article is intended to be educational. However, it is not intended to be a substitute for diagnosis or treatment from a qualified animal health professional. Dr. Kim Bloomer and Aspenbloom Pet Care, do not assume any legal responsibility for misuse of the products discussed in this article.

Join me, animal naturopath Dr. Kim Bloomer, & my husband Donnie on our podcast The DOGgone Truth, where we don’t whitewash, we just speak the truth, the whole truth and nothing but the truth so help us God! It’s natural, it’s raw…it’s the BONE-afide TRUTH! [podcast_subscribe id="25052"]